Ben Langmuir and Alex Hoppen had shown tremendous patience multiple times in helping me get a SourceKit-LSP client off the ground. Back then, I promised to be back with visualizations of SourceKit-LSP.

I know the forum also has a dedicated place for showcases, and I won't stretch the SK-LSP category too much, so here we go ...

Edit: elements over which the mouse hovers have blue borders and blue ingoing and outgoing dependencies, but the mouse pointer is invisible in the screenshots 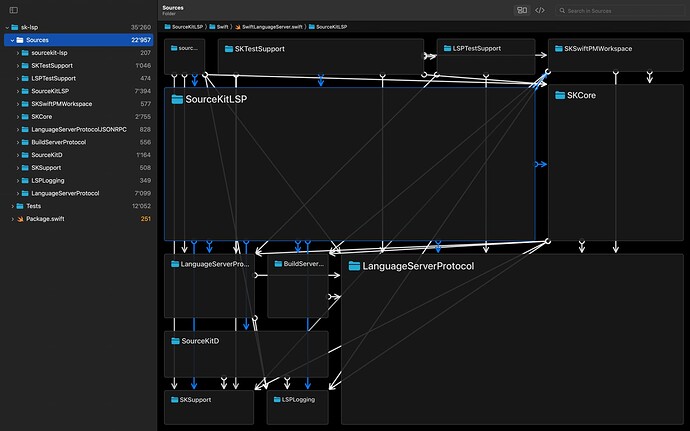 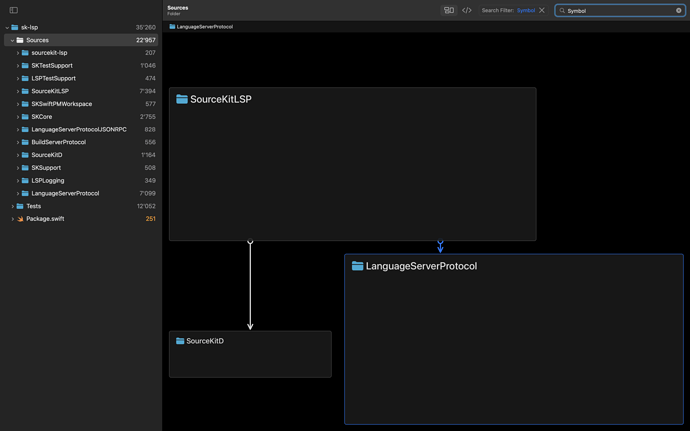 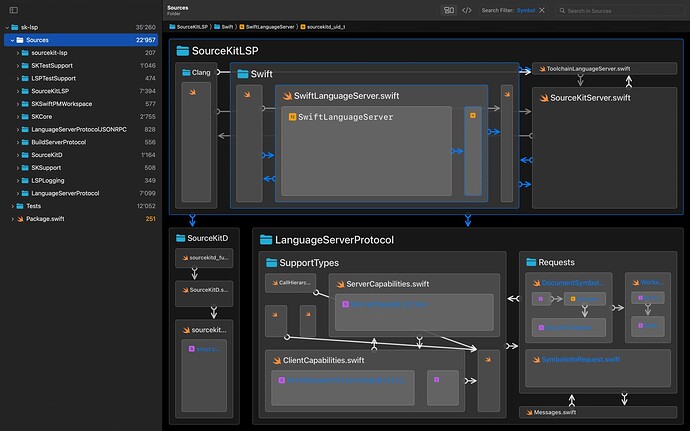 Of course, I'm happy to hear feedback and answer all questions. More about the app is at codeface.io.

Looks fascinating! Though I'm hesitant to try since the LSPService seems so invasive and isn't signed. Is it just a service daemon?

Oh that's a very good point! I'm making a note to sign the thing if possible. It's a command line tool that hosts a local Vapor webservice.

Btw, I made the app's infrastructure open-source: