Issues with the forum logo

@Nicole_Jacque Sorry I couldn't find the thread where it was previously mentioned but the Swift logo was never fixed. When you view a specific thread you'll get a rounded square logo while you'll see a stretched logo elsewhere on the forum.

I don’t have this on my Mac or iPhone. Could it be a browser bug? Which one are you using?

For me this happens on Firefox and Safari. It doesn't happen on Chrome. On iOS the logo is always stretched, since the title bar always shows the logo including the "Swift" string, never the post title.

I can duplicate it in Safari on the Mac when using the dark theme. It does not occur with the default (light) theme.

Yes it appears to be a bug in the dark theme. Could reproduce it only there.

It seems to be on dark theme, and only when the full banner is shown, not the logo only banner (on scrolling)

I don't think I was able to reproduce this, but I'll try again. 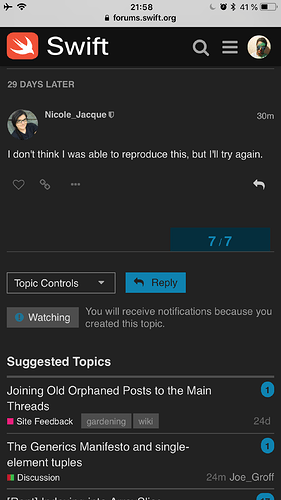 It‘s even worse now. The font is now fat too. Logo is still streched.

I'm seeing it too if that helps

The original images aren't stretched, and are both 576 x 180 pixels:

The other more subtle issue is that the image without text (which is shown after scrolling down to more recent posts within a topic) is 590 x 585 pixels, and has more empty space around it than the other images. Ideally, this image would be 180 x 180 pixels, by cropping the black or white text from one of the other images. A smaller image might also help in Discord and Slack.

When sending a link to the Swift Forums on either Discord or Slack, the swift logo is giant appearing as an attached image, looking like this: [image]. On the other hand, most other Discourse-based forums seem to be able to have their embeds' images as thumbnails like this: [image] It would be nice if the logo could be set as a thumbnail rather than an image so that it was less giant.

This is still not fixed, yet it got even worse. @forum_admins what happend? 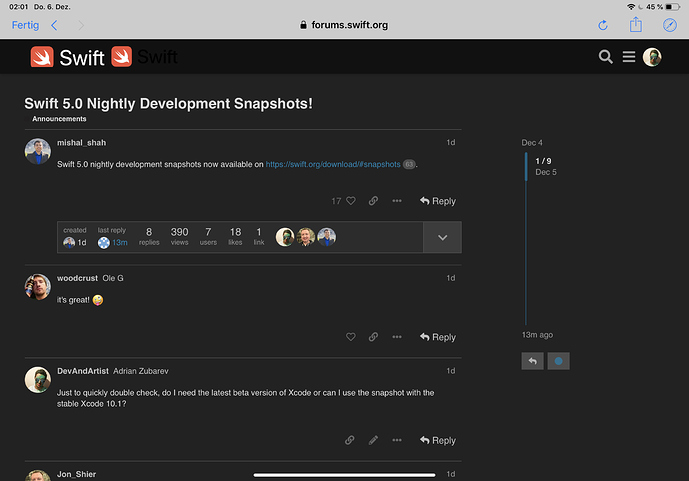 Now we only need the logo with white text for the dark discourse theme and it's perfect. 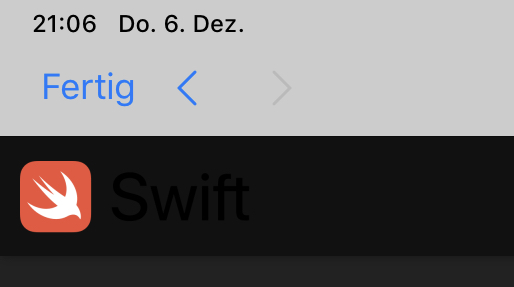 Ok please try refreshing (I actually had to quit my browser and relaunch) but I think I have this resolved. Can someone else confirm that it looks correct for them as well?

It‘s white now but the font, size and position is off now. 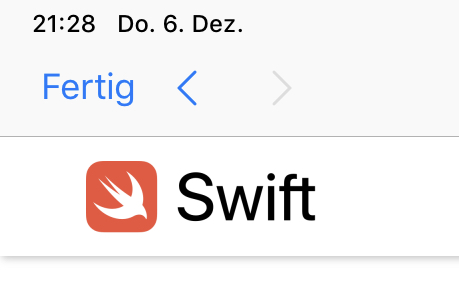 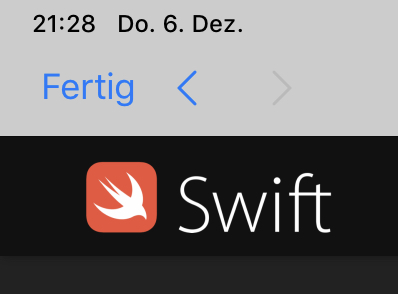 Aha. Ok, try one more time. I actually had to not only refresh but close the browser to get things to refresh, but now the logos fonts/size should match.

Its perfect now thank you. 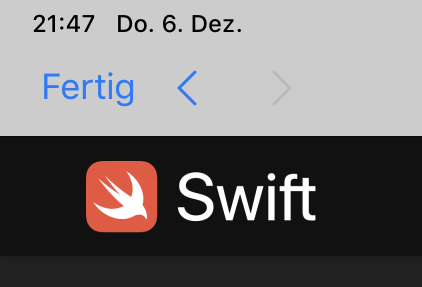 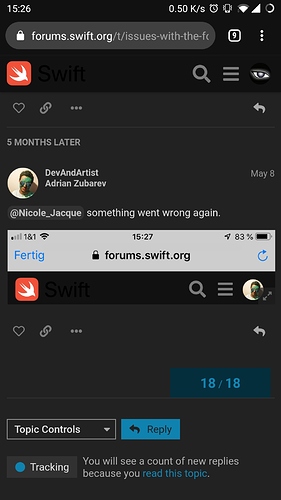