Swiftkube is Swift tooling for Kubernetes.

This is a project I've been working on for some time now, which went through several iterations until I got into the current shape and form.

Swift as a language is among the most pleasant to use and it's seen many advancements in many areas, including the server-side. What's been lacking, IMHO, is more work put into the whole cloud native landscape, especially Kubernetes.

I hope Swiftkube will contribute towards gapping this bridge.

The project currently consists of two packages and an examples repository

Furthermore, I am working on two other packages, wich I'll push once they're in a more-or-less presentable state:

The model package is not generated by the OpenAPI Generator, instead I wrote a custom generator in Swift, which I will also open source after some polishing.

The implementation is a little bit opionated and borrows some ideas from the fabric8 Kubernetes Java Client, and others from cdk8s. Mainly because I find those really pleasant to work with.

Feedback and contributions are really welcome!

This is awesome. Thanks a lot for the hard work!

Hey @iabudiab, this is super cool- we needed Kubernetes service discovery pretty quickly so had to come up with this, which depends on AsyncHTTPClient directly, but we'd be open to using your swiftkubeclient, or if you also have a swift-service-discovery k8s impl, switching it out completely. It was something we needed internally but didn't really want to write & maintain. Something of a recurring theme with server-side swift ;)

I am working or rather experimenting with a service discovery implementation based on Swiftkube but don't have anything ready yet. I could make a MVP, based on your variant with Swiftkube and develop it further from there. Maybe I'll give it a go the next weekend. Will keep you posted

FYI I've just released the first version of service discovery based on Swiftkube: 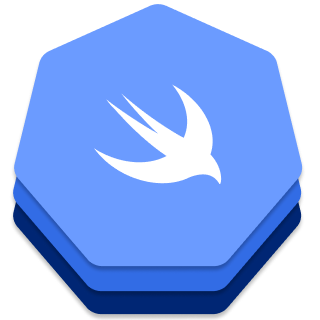 It took longer that anticipated, but I really wanted to implement the reconnect behaviour in the client first, which landend in v0.6.0

Feedback and contributions are always welcome.

@iabudiab very awesome, I will take a look!