I'm attempted to create an observables system that can be updated and subscribed to generically. I use something like this:

And I can use it fine with normal types:

leads to a simple error: Static stored properties not supported in generic types

Is this a limitation that will be lifted eventually? Any ideas for what I can do in the meantime? Ideally, I'd like to have an API like this:

Otherwise, I'm stuck creating properties for every type of generic I want to observe. Considering I'm using this for networking and other async source, that would be quite a few, so it's not really scalable without some general support. Ideas?

I think a good part of this restriction came from the fact that it's unclear whether Foo<X>.value and Foo<Y>.value share the same storage. There's actually only one answer that works, but it's still non-obvious enough that we weren't sure if it was a good idea to allow it.

On the implementation side, it's also non-trivial to implement, since new generic types can be created ad infinitum at runtime.

I don't recall any discussions about whether it's a good idea to support; the lack of implementation is the only barrier I know of.

It is possible to implement static stored properties on generic types manually using a global dictionary – albeit with a bit of boilerplate, see: 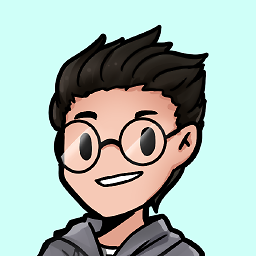 What is a good alternative for static stored properties of generic types in swift?

From the user's perspective, defining a static constant in a generic is a common scenario and should be well supported.

Since globals are already lazily-initialized, I think the only question here is whether there's value in also supporting the truly-unique case — which would have to be semantically restricted to not refer to the type parameters, of course — in addition to the generic case. But I suppose it's pretty clear from precedent elsewhere that static doesn't mean the former, so yeah, it's just a matter of implementation.

It seems to me we could potentially hide the true uniqueness behind the ABI (at least when it isn't exposed as a stored property with @_fixed_layout) and treat it as an optimization. If the property is a let and its initializer independent of the type context, we could collapse it into a unique variable.

Would that work for reference holding types?
That could be another limitation on the optimization.

That is, to be able to define a static let on a type, so I can use the dot-shorthand at call-site.

I'd like to define a generic version of Notification.Name that is generic over a phantom type, so I can do this:

I also encountered a use for this recently, but I didn’t want to bump the thread. Since it’s already bumped though…

While playing around with some numerical things, I wrote a memoized, recursive, O(log(n)) Fibonacci function using the relations:

First I implemented it concretely for Int:

Then I decided to make it generic over BinaryInteger. My first thought was to store the cache as a static property of a generic type:

But of course that doesn’t work because static stored properties are not supported in generic types.

I ended up hacking together a really ugly workaround, which to spare everyone’s sensibilities I will refrain from posting. Let’s just say it involves [ObjectIdentifier: Any] and a lot of casting. :-)

I have encountered this issue recently, I try to implement a type-erased container of one of my protocol that have multiple static properties.

It's not clear from the response above if it will be supported or not. I there a way to go around it ?

In a case like this you should use a computed property:

It seems a bit strange that type-erased container would want to use a stored property.

I just recently came across a need for this and am bumping to show interest in support for it.