I am a bit confused with Sendable conformance

I am not sure why all the code below compiles, particularly the class with a mutable state.

That's weird and afaik should not happen.
A quick check with fresh Xcode 13.4.1 iOS and macOS playgrounds gives the expected error message Value of type 'Car' does not conform to specified type 'Sendable'.
I don't have a newer Xcode handy atm to test, but perhaps this is a bug you should report? I'd be very surprised if there was a recent change that actually gives that class implicit conformance as I don't think that's even feasible...

It could also be that it is related to your previous post (I just noticed it's you), in that due to this being a command line project it "overlooks" this also concurrency related error, but then I'm surprised it catches on in a simple playground this time...

Thanks a lot @Gero, it doesn't work when defined within a scope (example: do { })

I will try to file a bug and post the bug ID.

Compiles fine (without warnings / errors) on the following projects on:

It depends a bit, the Swift 5.7 version of TSPL has a new section about this, specifically the very last paragraph explains this via an example:

Because TemperatureReading is a structure that has only sendable properties, and the structure isn’t marked public or @usableFromInline , it’s implicitly sendable. Here’s a version of the structure where conformance to the Sendable protocol is implied:

For your initial example that means that S, E, and A are implicitly Sendable.
I guess the main rationale for allowing this was that value types specifically (but probably often enough also reference types with only let properties) were used by people to cross thread/queue boundaries already in existing code (if you ever had to read something from a Core Data stack in a background queue and then needed to pass it to the UI thread without shooting yourself in the foot you had to basically come up with something like a helper type for that reason).
It would suck if all your code now needed to adopt Sendable explicitly although you were already a good developer taking care of this, so I personally welcome that even if it looks weird when you come at it from the other direction.

Thanks a lot @Gero for the reference and explanation

I have filed a bug, would be great if someone could review it

This is intentional—most warnings about Sendable were backed out because they are too noisy:

Hey all, The Swift 5.6 betas have implemented SE-0302, turning on Sendable warnings in any code that has adopted concurrency. These warnings are still too noisy and require more tuning in the compiler, so I've disabled most of them for the Swift 5.6 release. This makes the default set of warnings for Swift 5.6 similar to that of Swift 5.5, although under the hood 5.6 is much closer to the model we want, and folks can explicitly request Sendable-related warnings with -warn-concurrency. We'll co…

You should re-enable the warnings explicitly if you want them: 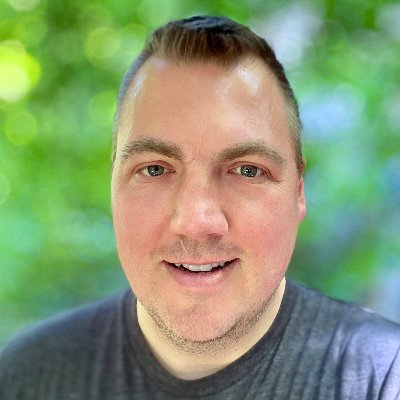 If you compile your test example with -warn-concurrency enabled, you will be warned that Car does not conform to Sendable, as expected.

To check it out, I put your reduced example from the GitHub bug in a file named “test.swift”, and on the command line I ran:

Thanks a lot @xwu for clarifying that.

From Sendable-related warnings (SE-0302) backed out of Swift 5.6, it seems that they would continue to refine for Swift 5.7, so is the issue that I pointed out worth the review? (should I leave the bug open for it to be considered or should I close the bug?)

I think it’s reasonable to leave the bug open (just my own opinion); the relevant people can triage and determine what they want to do about it.

Setting SWIFT_STRICT_CONCURRENCY = complete; throws the warning Type 'Car' does not conform to the 'Sendable' protocol