First, a brief explanation of the situation I'm facing in my app. I have model entities defined as Codable structs that match what's returned by a REST API, nothing fancy there. I also have a lightweight persistence layer in my app that just saves the JSON representations of these structs in files.

Recently I started needing to store additional bits of local-only state. The server's JSON parsing is not lenient, so I can't include any of those keys in the JSON I send to it (even if the value is null) otherwise I get an error. I already have a solution in place, but it's cumbersome and boilerplate-heavy.

What I'd like to do is to have a LocalOnly<T : Codable> : Codable property wrapper that's also codable, and would be skipped when encoding to JSON unless specific JSONEncoder instances are used (identified by a specific key in its userInfo).

That would be easy to detect in ﻿﻿func encode(to encoder: Encoder), but by that point it is already too late and the key is already present in the JSON representation, I can only control its value. I then learned about the workaround of doing something like this to skip encoding a property:

Unfortunately, there seems to be no way to get a reference to the Encoder instance from within this method. There's superEncoder(), but that will also always include an additional key in the JSON, and I'm not even sure if the Encoder returned by that preserves the same userInfo values.

Can anyone think of a way to do this? Or should I just give up?

That would be easy to detect in ﻿﻿func encode(to encoder: Encoder) , but by that point it is already too late and the key is already present in the JSON representation, I can only control its value.

Here's an example of how you can use the userInfo dictionary of JSONEncoder to provide contextual information (e.g., whether or not to encode certain properties) during the encoding process:

You could also create a subclass of JSONEncoder that sets the local key of the user info dictionary to true upon initialization:

I guess I wasn't clear enough. What I meant was that by the time encode(to encoder: Encoder) is called in a child entity, the parent entity has already encoded the key for it. The child entity cannot tell the parent to conditionally omit it.

I understand that by implementing encode(to encoder: Encoder) in the parent entity I have complete control over which child entities I encode or not. But what I wanted was to not have to implement encode(to encoder: Encoder) myself, but rather rely on the synthesized implementation, and have the property wrapper determine if its wrapped value should be encoded or not depending on the encoder that's being used. Something like this:

So, just to be clear, in the above example, you want to keep the default implementation of encode(to:) in Parent?

Why doesn't any of these work for you?

Also it's pretty hard to answer a question that we don't know. You should always post your whole problem instead of just your hypothetical solution to said problem.

It looks like what you're after is, in fact possible. See this library: 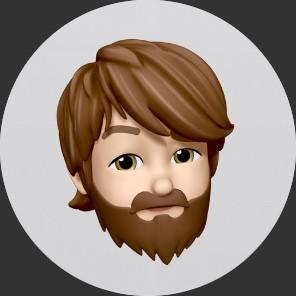